If you are a member of the general public and not a healthcare professional, NOVELTY study investigator or AstraZeneca Medical employee, please CLICK HERE to see information tailored to you.

Research proposals are primarily discussed and delivered through WorkStreams aligned around key research themes for the NOVELTY study, described below. Although each WorkStream has its own focus, there is collaboration across WorkStreams in the investigation of research questions that encompass or integrate more than one of these areas.

Aims to investigate how biomarkers, including T2 inflammatory biomarkers, could predict poor outcomes in asthma and/or COPD and to evaluate exploratory, non-T2 biomarkers to assess factors affecting their variability and their ability to identify novel patient phenotypes and treatment targets.

Aims to investigate relationships between lung function assessment and imaging with other clinical characteristics, including physician-assigned diagnosis and severity, symptoms and exacerbations.

Aims to determine outcomes over time, including among patients using maintenance medications. Also aims to identify baseline clinical characteristics and longitudinal clinical patterns that are associated with healthcare utilisation and burden of disease. 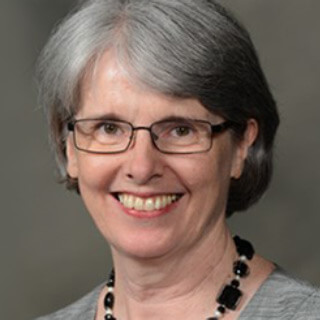 Helen Reddel is Professor of Medicine at the Woolcock Institute of Medical Research, Australia. She is Chair of the Global Initiative for Asthma (GINA) Science Committee and member of the GINA Board of Directors and has led major changes in asthma guidelines. 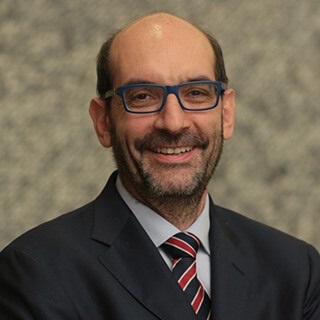 Professor Papi’s research primarily focuses on understanding the mechanisms and treatment of asthma and COPD, especially of airway inflammation, its molecular mechanisms and pharmacological modulation. 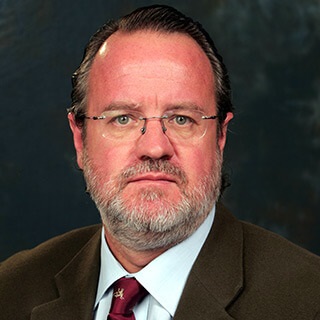 Alvar Agustí is Director of the Respiratory Institute at Hospital Clinic in Barcelona, and Professor of Medicine at the University of Barcelona. He is a member of the American Thoracic Society and European Respiratory Society (ERS; he has served as a member of the Executive Committee). Professor Agustí has a seat at the Royal Academy of Medicine of the Balearic Islands; he is also an Honorary Fellow of the Royal College of Physicians of Edinburgh, a Fellow of the ERS and a member of the Scientific Committee and Board of Directors of the Global Initiative for Chronic Obstructive Lung Disease. 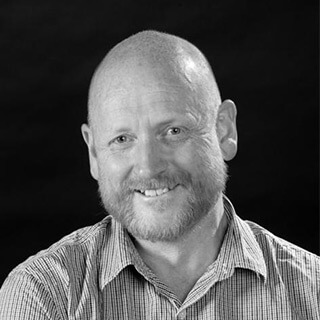 Gary Anderson is Professor and founding Director of the Lung Health Research Centre at the University of Melbourne, Victoria, Australia. He has served on the National Health and Medical Research Council (NHMRC) Research Committee and on the Board of Directors of the Thoracic Society of Australia and New Zealand (TSANZ) as Chair of the Research Committee. He also serves on the Council of the Australian Lung Foundation.

Professor Anderson’s research focuses on genetic disease models and clinical cohorts to understand molecular mechanisms of asthma and COPD. In 2008, he proposed the widely adopted ‘endotype’ concept in asthma. 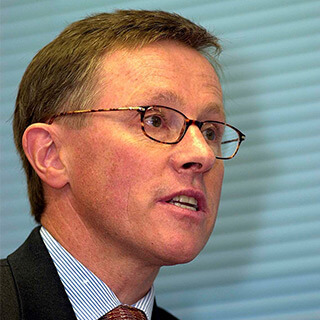 Professor Beasley’s research interests in respiratory medicine are primarily in the fields of epidemiology and clinical management. 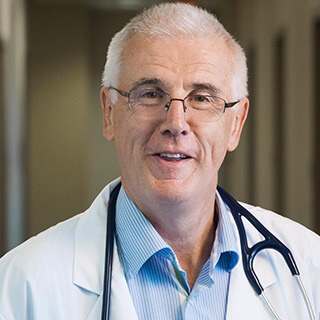 J. Mark FitzGerald is Director of the Centre for Heart and Lung Health at the Vancouver Coastal Health Research Institute and Co-Director of the University of British Columbia (UBC) Institute for Heart and Lung Health. He is also a respiratory physician at The Lung Centre, Vancouver General Hospital, and  former Head of the Respiratory Medicine Divisions at the UBC and Vancouver General Hospital.

Professor FitzGerald is a past President of the Canadian Thoracic Society (CTS) and a past Chair and current member of the Global Initiative for Asthma (GINA) Science Committee, the GINA Executive and the CTS Asthma Assembly. 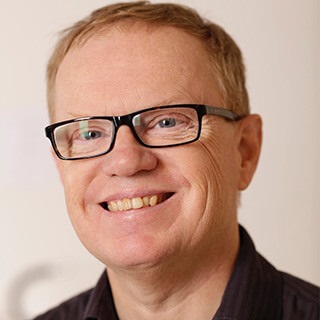 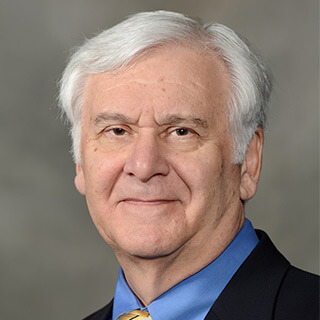 Barry Make is Co-Director of the COPD Program and Director of Pulmonology Rehabilitation and Respiratory Care at National Jewish Health in Denver, Colorado, USA. He is also Professor of Medicine in the Division of Pulmonary Sciences and Critical Care Medicine at the University of Colorado Denver. Professor Make is a Fellow of the American College of Chest Physicians and the American Association of Cardiovascular and Pulmonary Rehabilitation.

Professor Make’s primary clinical research interest is on the management and outcomes of COPD; he has been recognised as one of Castle Connolly’s Top Doctors in the US for the past 10 years. 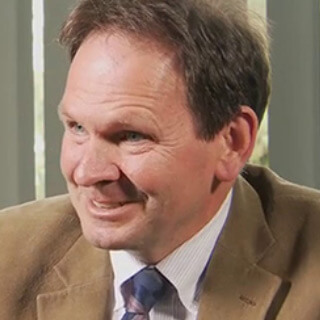 Ian Pavord is Professor of Respiratory Medicine at the University of Oxford and Honorary Consultant Physician at the Oxford University Hospitals. He is a Fellow of the European Respiratory Society and of the Academy of Medical Science. 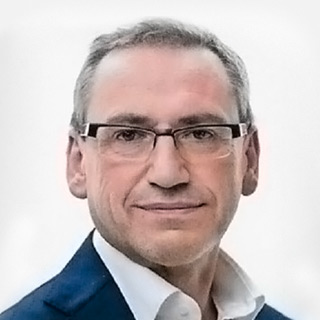 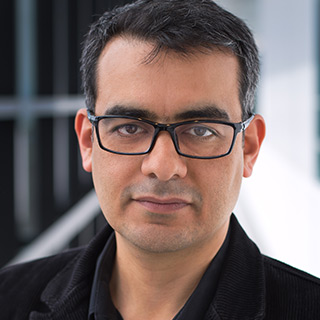 Mohsen Sadatsafavi is Associate Professor of Health Outcomes at the University of British Columbia and Associate Director of Research at Collaboration for Outcomes Research and Evaluation.

Professor Sadatsafavi leads the Respiratory Evaluation Sciences Program, a laboratory that is specialised in predictive analytics in asthma and COPD. He has received numerous awards for his work, including the New Investigator Award from the Canadian Institutes of Health Research (CIHR) and the Michael Smith Foundation for Health Research. 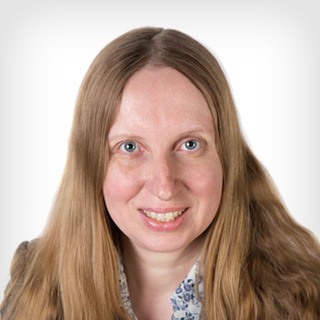 Hana Müllerová is an industry epidemiologist currently leading a COPD medical evidence group at AstraZeneca, UK. Dr Müllerová has been involved in researching respiratory diseases such as asthma and COPD for nearly 20 years. Her research interests include exacerbations, comorbidities and risk-benefit assessments for new and existing medications for these diseases. 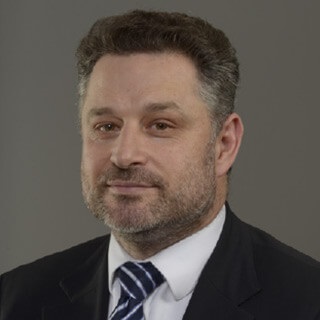 Rod Hughes is a trained Respiratory Physician. He worked in the UK National Health Service (NHS) until joining AstraZeneca, UK, in 2017. Dr Hughes’ research interests focus on improving care pathways and assessing novel treatment approaches for patients hospitalised with asthma and COPD. Since joining AstraZeneca, he has worked with clinicians across the world to improve awareness of appropriate assessment and medication use in patients with respiratory diseases. 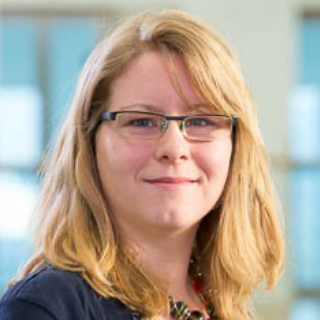 Anna Quinton is a health economist with over 10 years of experience in developing evidence for payers around the world. Anna joined AstraZeneca in 2015 and has been leading health economic and payer evidence activities globally within asthma and COPD since 2018. Prior to her current role, Anna spent a number of years in the UK working on NICE and SMC submissions. She was a key driving force in developing industry-wide input into the transformation of methods for access to medicines in the UK, which formed the basis of the 2022 NICE methods guide update. She has an MSc in Mathematical Biology and a BSc in Mathematics from the University of Bath, UK.

*We thank the late Professor Mark FitzGerald for his contributions to the NOVELTY study Scientific Community.

You are now leaving: http://aznoveltyproject.com/

By following this link you will be leaving the NOVELTY study website.

Please note that AstraZeneca does not take responsibility for the content displayed on other websites.